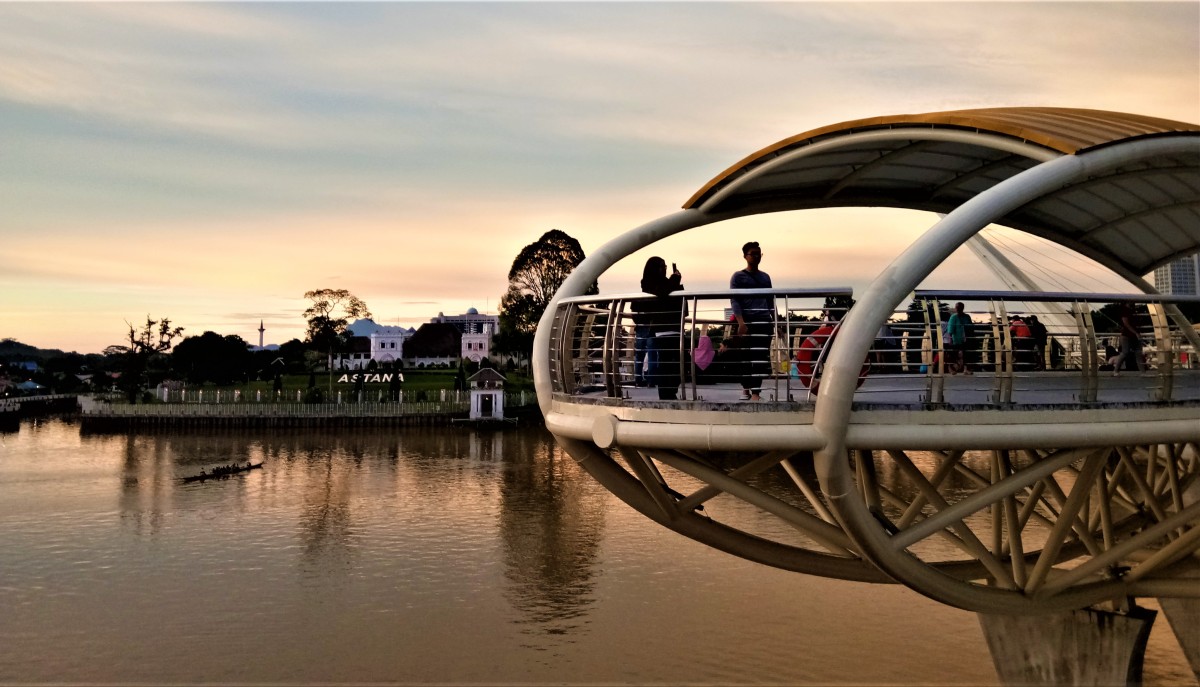 I have often wondered why it has taken me that long to post anything, and I do mean anything, on any of one of my four blogs I maintained on WordPress : a picturelogue, a travelogue, a political commentary and a rants-and-all blog.

My absolute last post on any one of my abovementioned blogs was dated about four (4) months ago : the 3rd of November 2018 to be exact and that being on both my picture and travel blogs.

One might wonder how difficult can it be to post something of note in a picture blog? After all, all you to do is to select a subject, aim your camera or in this day and age, the camera on your smartphone and snap away.

Then, with the aid of Photoshop or any similar software available, you process the original snap and voila!, you have a potential post.

But I’ll submit that it’s not as easy as it sounds. Yeah okay, the pictures that I post on my picture blog are all taken using a smartphone camera.

I mean, with my limited financial resources, it’s the best I can do and even that, I must submit, without seeming to be blowing my own trumpet, they are not half bad.

Humbly submitted that, of course.

I will also humbly submit, as with regards to my picture snaps, the most post processing I ever did was to enhance the lighting and clarity of the original snap.

Can that qualify as ‘No Photoshopping’? I hope so. But would it have mattered? Nah, I don’t think so.

The 3rd of November 2018 was also the date that I last posted on my travel blog, shahscorner.com, where I wrote about my walkabout at the much-famed Kuching Waterfront.

Re-reading what I wrote and posted (sometimes I write but I don’t post), it brought back fond memories of that particular trip. The sights and the sounds that are so uniquely Kuching. Memorable to say the least.

The Sarawak trip was, as far as I was concerned, more than memorable. It was a trip combining both work and leisure, with leisure naturally taking a back seat to work. After the day’s work has been done that is.

But that was not what made it memorable. What was memorable was the fact that I was back again in Sarawak after the experience of having ‘dropped’ somewhere over the South China Sea all that many years ago. For the second time since that eventful flight, that I must admit.

Close to two decades or thereabouts. Quite long that.

This time, the flight was uneventful. No bumps. No drops. Nothing unnerving enough to make you grip the armrest until your knuckles turn white.

Since then, there have been several other trips to other destinations with several drafts written but none were posted, for one reason or another.

All domestic destinations but no complaints there. After all, it has to be recognized that there are so many other beautiful destinations within the country that have yet to be explored.

For the adventurous, the many different and challenging trails to hike, mountains to climb, caverns to explore, snorkeling and diving spots, to say the least.

For culture, the different states alone offer  cultural diversity, never mind the different ethnic and religious groups that you have in Malaysia.

White sands and blue waters with beach chalets and resorts aplenty making a weekend splashing and getting sun-burnt (that happens when you ignore the suntan lotion) by the beach a reality and at some destinations, swimming with the fishes can be fun too. Not to worry, we are not referring to the Mafia version.

With new archaeological findings in Malaysia, a new form of tourism is coming to the fore. Complementing visits to existing historical sites eg Fort Cornwallis and Fort Margherita, as well as to the many different museums around the country, new digs where evidence of past civilizations have been discovered do add to the attractions this form of tourism offer.

After all, not everybody can visit the Angkor Wat or the Borobudur or for that matter, the Stonehenge as well as the Mayan and Incan Ruins.

Another new form of tourism coming to the fore is gastro-tourism and mind you, there is a lot of the that happening here in Malaysia. The rise of gastro-tourism can be attributed partly to the number of TV programs highlighting the different gastro delights available at almost every corner of the country, and partly also to social media.

Previously, I use to focus quite a lot of my energy on posting something related to tourism and photography.

After all, they are not that controversial when compared with sensitive subjects like politics and football.

I used to write about my favourite football team but I gave it up. I mean, what can I write about Liverpool Football Club that has not been written about that world famous club.

Same things with politics, except that with politics, everybody (and I do mean everybody) has a view and everybody wants their views to be made known. I am, for that matter, no different from the guy next door. The difference may be that they post their views either via Twitter, Instagram or even Facebook and I do not. Not yet anyway.

But like I said, to post something about politics is to court controversy. Especially when the country’s political domain is always in the state of flux, as is Malaysia’s.

Too much going on there and its fast and free-flowing. As they say, once you put your boat on that river, hold on to your horses for it can get mighty rough at times. Most times actually.

So I just might stick to my rants-and-all site, where I can post (or rant) about anything and everything.

From the extremely boring topic of philately to politics to tourism to food. I did say it’s a rants-and-all site, hence it’s a free for all.

Now, if only any of my blogs can make me some money. So far, from my two blogs that I try to monetize, zilch.

2 thoughts on “Of Blogs and Posts”

The Garden at Dato’ Jaafar’s

Kota Iskandar : The Corridors of Power

Kota Iskandar : Across The Square

The Gates of Kota Iskandar

Garden Within A Hotel (2)

Garden Within A Hotel

A Tale of Three Women : The Second Concubine

A Weekend In Ipoh

Semporna By The Sea : A Divers’ Paradise

An Evening In Kuching

The ‘Muzium Bugis’ of Pontian

Recent Posts: Politics As I See It

Covid 19 and The New World Order

Post GE14 : The ‘Shock and Awe’ Tactics in Malaysian Politics